Hofmeister's move like a cup of insipid coffee- Tasteless! 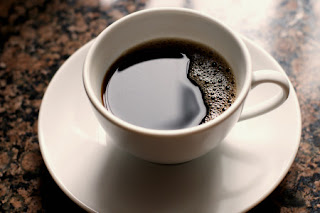 On Thursday, State Superintendent of Public Instruction (SSPI) Joy Hofmeister announced she is changing her political party affiliation from Republican to Democrat.  She also announced she is running for the Democratic nomination for governor in 2022.  “Governor Stitt is running the state into the ground.  Though extremism, partisanship, ineffective leadership, he is hurting our education system, our health care and our infrastructure.  Governor Stitt has hijacked the Republican Party in Oklahoma,” Hofmeister said.  Hofmeister, 57, was elected in 2014 after defeating incumbent Janet Barresi and is termed out next year.  She was a former public school teacher and was a member of the state board of education(appointed by Gov. Fallin) when she decided to seek the SSPI office.

Hofmeister claims Gov. Stitt mishandled the COVID-19 response and has disrespected health care workers.  She said he ignored expert advice and failed to set a good example to protect Oklahomans.  She accused him of being too partisan and hasn’t worked with the tribes in the state.  Three observations:

First, political party affiliation is a citizen’s first vote.  Registering and aligning with a party means they fundamentally agree with that party’s platform.  The Republican and Democratic Party platforms differ on many issues.  For example, Democrats favor gun control and abortion on demand.  Republicans support the 2nd amendment and are pro-life.  Hofmeister claims she hasn’t changed so when she used the Republican brand to run in 2014, was she lying when she indicated she agreed with the GOP on those issues.  Did she just say what people wanted to hear to get elected?   Party affiliation and registration matter.  It’s a citizen’s first vote.  Clearly, Hofmeister’s decision to change parties is one of convenience and not conviction.  She would have little luck running against Stitt in a Republican primary, so she chose to flip to the Democratic Party.  It remains to be seen how Hofmeister will be received by Democrats after being a Republican statewide elected official for eight years.

Second, politics is always partisan.  Partisan simply means someone is a strong supporter of a party, cause or person.  Every elected official, and for that matter, every citizen should be partisan.  They should be resolute and committed to their convictions.  The term is often misused and has come to mean that the minority view is not being held.

Third, voters shouldn’t be fooled by political opportunists.  When an elected official (at whatever level of government) change their political party affiliation, they should be questioned as to why.  In most cases, they changed because the Party they flipped to is in the majority and they fear getting defeated in the next election.   They change party affiliation because they are more interested in staying in office than what a political party stands for.

Hofmeister’s flipping parties to run was not done out of conviction, but out of convenience.  It is like a mug of insipid coffee.    It has no taste.