RECESS IS GOOD ACCORDING TO TAXPAYER FUNDED STUDY! 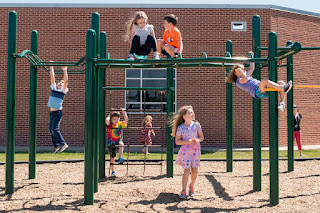 An interim study is a study of legislative and policy issues by members of the legislature.  An interim study is requested by members of the Oklahoma House or Senate to the leadership of their respective chamber. They often address issues that have been the subject of legislation during the session that failed to pass or subjects that a lawmaker deems worthy of more in-depth consideration.  The two chambers of the Oklahoma legislature handle interim studies differently.  In the Senate, the President Pro Tempore assigns the requests to the appropriate standing committee. The committee chair of the standing committee then decides which studies will be conducted. In the House, the Speaker of the House sovereignly decides which studies to approve or disapprove. In some cases, House study requests on similar subjects are combined into a single study to avoid duplication. On occasion, some interim studies may be considered jointly by the House and Senate.

Interim studies are typically held when the legislature is out of session and usually meet at the State Capitol. Depending on the study, a committee may devote anywhere from one hour to several full meetings to each study. Experts are often invited to testify at interim study meetings. Interim studies rarely generate a formal report to the public.

First, interim studies have a purpose.  They can result in a lawmaker crafting a more well thought bill that addresses a real issue.  Taking time and tax payer money to have round table discussions to consider all the ramifications of a bill before it is filed makes sense.  Too often during session, legislation is edited on the fly, which can result in laws with unintended consequences.

Second, there are far too many interim studies.  The number of requests for studies are up in both chambers and frankly some interim studies are simply frivolous.  An excellent example is Rep. Jacob Rosecrants’, (D-Norman) study on the benefits of recess to Oklahoma secondary students. In a press release, Rosecrants said his study found, not surprisingly, that recess is beneficial because it allows students to decompress and relate to other students.

Rosecrants, you may recall, is the same lawmaker who ran the ‘Play to Learn’ bill this past session, which makes it illegal for Oklahoma school administers to prevent early childhood teachers from using play to learn in their classroom.

Conducting an interim study on the importance of recess sounds like a joke, but no Oklahoma taxpayer should be laughing.  When legislature leadership accommodates such frivolous, flippant, meaningless and ill-considered studies like this, they waste taxpayer dollars.  Rosecrants was accommodated by the legislature and the governor on ‘Play to Learn,’ which resulted in a totally unnecessary law on the books.   It appears he plans to run a bill in the upcoming session ‘mandating recess.’

Posted by Steve Fair is a Jelly Salesman. at 6:49 PM