SUPPLY CHAIN DISRUPTIONS ARE NOT TRANSITORY! 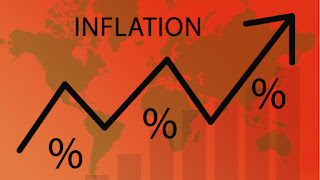 Virginia, and four other states, hold big general elections in odd years.  Their elections for statewide offices are in years when there is no presidential or congressional election.  The rationale behind it is it lessens the authority and influence of the federal government in their local affairs.  The results of those off election year races often give an indication of what voters are thinking about the occupant of the White House-or they simply reflect a better funded or executed campaign by the winner.   Historically the odd year elections have a lower percentage turnout than the even year elections.

The Virginia governor’s race is being viewed as a test balloon on President’s Biden’s job performance.  Incumbent Governor Terry McAuliffe is facing challenger Glenn Youngkin, a former Rice University basketball player, and private equity manager(banker).  According to RealClear Politics, the race was too close to call at press time.  Democrats should be worried if Youngkin wins because it could be a sign of things to come in the 2022 mid-terms.  What are the factors that are swaying voters?

First, the U.S. economy is slowing.  Inflation is likely to linger well into next year.  Millions are still unemployed, even while virtually every business has a ‘Help Wanted’ sign in their window.  Food prices are up by 4.4% over last year.  One reason is we are putting corn into our gas tanks (Ethanol) instead of our belly.   The price of gasoline is up by 37% because the Biden administration has pushed to phase out fossil fuels as an energy source to reduce greenhouse gas emissions.  Biden and the Democrats can’t blame Trump for the economy any longer.  This is on them.

Second, most voters think the government is spending too much money.  The federal budget is $6 trillion for fiscal year 2022, but the fed expects to only take in $4,1 trillion.  How many households can survive spending 50% than they take in?  But the federal government borrows and adds to the national debt, which is now approaching $30 trillion.  In the past 50 years, the federal government has only spent less than they took in five time.  As a people, we allow it by electing people- on both sides of the aisle- that spend money we don’t have on programs we don’t need.

It appears Democrats are going to get the blame for overspending and causing the current inflation Americans are facing.  In a recent Axios poll, the number of Americans who have confidence in President Biden’s ability to get the economy back on track dropped from 52% in January to 44% in October.

Empty shelves and higher prices at the shelf and the pump will influence voters and that doesn’t bode well for incumbents. The last thing America needs is for sustained inflation to trigger a disastrous stock market or a debt crisis.  Milton Friedman was a Nobel prize winning economist.  He consistently argued for the removal of government intervention in currency markets.  Friedman said, “Inflation is the one form of taxation that can be imposed without legislation.”

Posted by Steve Fair is a Jelly Salesman. at 8:16 PM